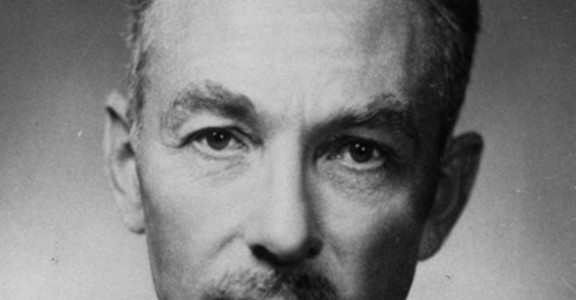 In 1996, at a little hick school in an obscure Midwestern town, I spent two weeks interning under a grizzled, barrel-chested teacher named John Osborne. Mr. Osborne changed the course of my life, but not because he talked me out of entering the field of teaching or because he became the impetus for my ensuing world travels; he changed the course of my life with a book, Strunk and White’s The Elements of Style. I am a grammarian because of Mr. Osborne. (apologies to John Irving for ripping off his sentence)

“This is all you need,” he said, and he tossed me the slim volume that so many others before me had already discovered. The layout was simple, the concepts were clear, the index was a breeze to navigate, and the philosophy…the theme…the moral was pure and idealistic: learn these basics 100% and then you can play jazz all you want. 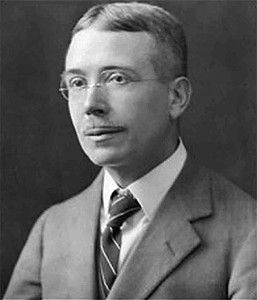 “It is an old observation that the best writers sometimes disregard the rules of rhetoric. When they do so, however, the reader will usually find in the sentence some compensating merit, attained at the cost of the violation. Unless he is certain of doing as well, he will probably do best to follow the rules. After he has learned, by their guidance, to write plain English adequate for everyday uses, let him look, for the secrets of style, to the study of the masters of literature.”

The Elements of Style, William Strunk, 1918

Several years later, after flip-flopping back into a career in education, I was teaching a sixth grade language arts course in Egypt. Most of my kids were about 70-80% proficient with the English language. They had a pretty firm grasp on basic sentence construction, but they struggled with grammatical and mechanical concepts: they couldn’t correctly manipulate clauses or phrases and comma usage was a mess. Compositions were painful to read.

While rummaging through the materials that the previous teacher had left for me, I found a dusty copy of none other than Strunk and White’s The Elements of Style.

Again, I read the introduction, and again I was buoyed by its wisdom and simplicity. Strunk calmly states his treatise: students must have a common baseline, a solid grammatical vernacular upon which they can build more personalized academic prose.

Unfortunately, by the late 80s, the majority of English teachers abandoned the teaching of grammar and mechanics: it was seen as outdated and unnecessary (though Common Core is changing this). With the Whole Language Movement of the late 60, pedagogical trends shifted from learning and practicing basic grammatical functions to a singular focus on literacy and communications in the hopes that students would naturally recognize grammatical patterns. Rather than teach and practice a rule, our students were discovering them on their own but without an academic foundation. They didn’t have common baselines or a grammatical vernacular. They were playing jazz without knowing the scales.

After conferencing with my colleagues, I was given the go ahead to take my kids back to the basics. For me, that meant going back to a little, red brick Catholic school in a tiny town just east of the Mississippi River. I had to go back to Mrs. DeBarge’s chalk board diagrams.

Using The Elements of Style for validation and reference, I revisited the diagrams of my childhood. What I discovered was an elegance and simplicity that I’d never noticed before. For example, all English sentences revolve around the verb, and verbs can only do one of four possible functions. Simple. Also, every major grammatical construction in the English language can be dissected into three or four very simple and concrete concepts. Simple.

In this book, we will illuminate and illustrate each of these constructions, and we will give you a chance to practice and create your own! 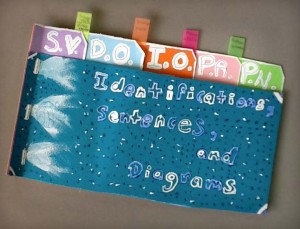 When my students and I began using diagrams to illustrate our way through these grammatical constructions, we experienced a transformation in our writing: we began to write with a newfound confidence. We developed a grammatical vernacular. We could have productive conversations about our writing, so we quit editing our work due to the way a sentence sounded. Instead, we were marking and editing because a rule was violated, and we knew how to fix it. These hard and fast rules took the mystery out of English grammar and gave us control; we were empowered. 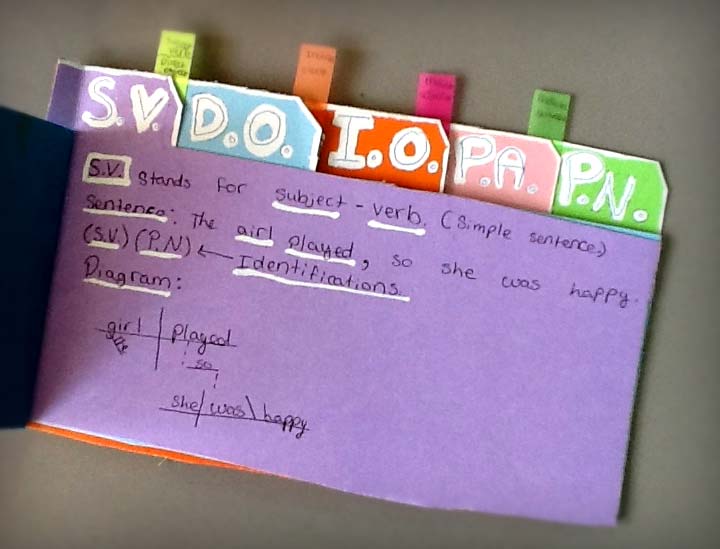 As the students progressed, so did I. Trying to stay one step ahead of them, I began looking for more and more challenging sentences to diagram. I became enamored with the sublime art of deconstructing sentences.

A few years later, I was working with freshman high school students at the Collegiate School of Medicine and Bioscience in St. Louis, Missouri, and we decided to take on Ken Burns’s challenge to memorize and recite Abraham Lincoln’s “The Gettysburg Address.” 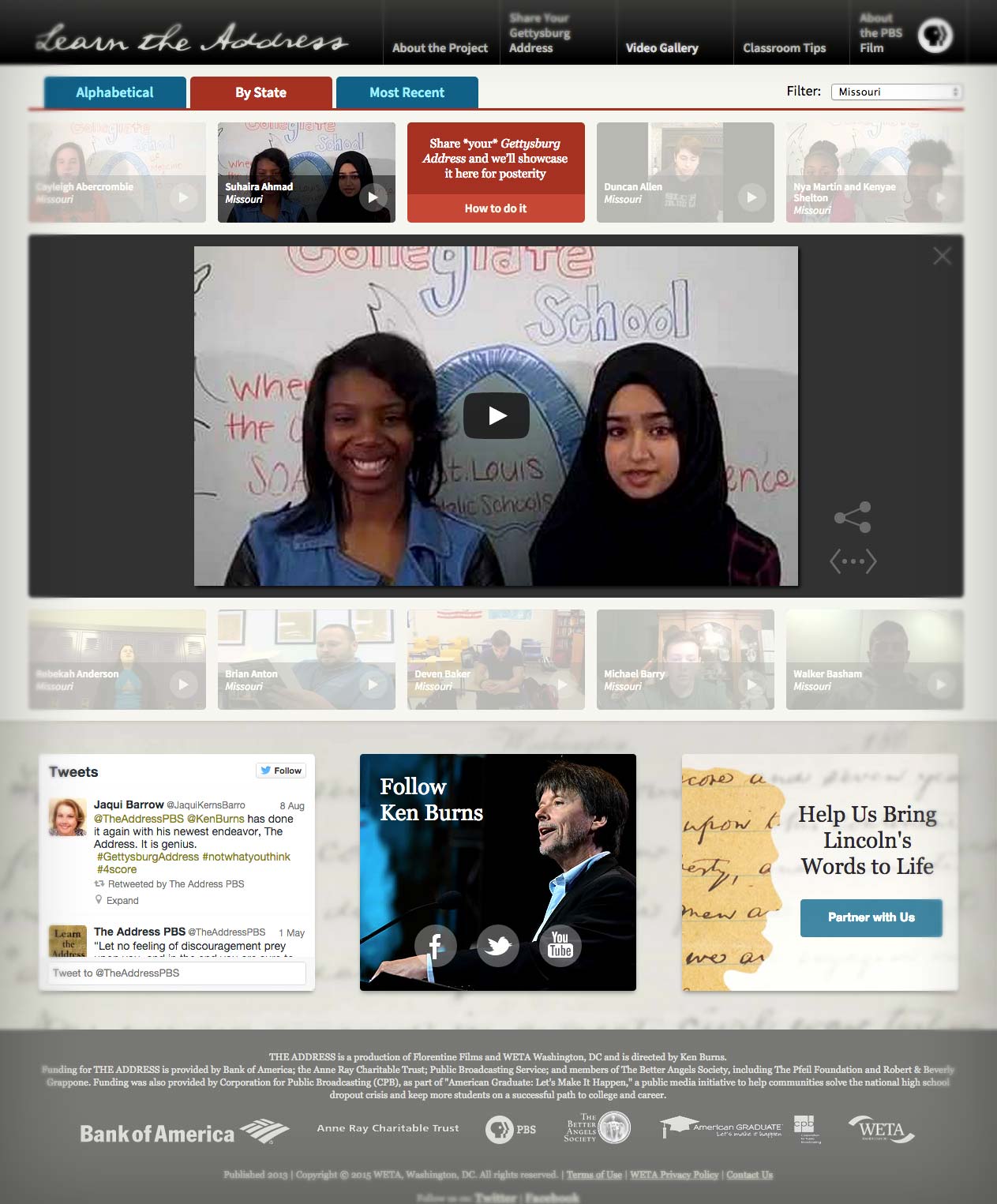 Unpacking the language of “The Gettysburg Address” was a wonderful challenge for us. I don’t know if it was the linguistics of the time or if it was Lincoln’s oratory style, but his use of dependent clauses was…well…liberal. At the time, we didn’t understand how to diagram every element within each clause, but we could recognize each clause, which helpful.

In the weeks that followed, I kept returning to the speech, attempting to understand the form and function of each modifier, phrase, and clause. Several failed attempts later, I finally reached out to another English teacher for help, and together, we unfolded each element. We found a space for every word: a place for everything and everything in its place. It was sublime.

Adding an illustration to the diagram for the opening sentence became a labor of love. We worked so hard on our nerdy, little project, that it just seemed the least that I could do. When I shared it with friends, they encouraged me to do more, so I began taking requests. As the body of work grew, my desire to share these diagrams with others also grew.

So, here they are! Please enjoy them, but let’s not just come to gawk. Let’s learn something, too! I want you to command your clauses just like my brilliant young students. My hope is that you will be empowered to understand more about your own writing and appreciate that of others.

Let’s start at the very beginning. (It is) a very good place to start. SMiLE

Nouns are objects or concepts. They can be singular, plural (more than one), or collective (always refers to an amount of a thing). For example: dogs, peace, bread, money, love.

A student of mine called these “professional nouns” because they stand-in for real nouns. Pronouns are the words we use for things and people when we don’t really use their names. For example: he, she, they, we, him, her, them, us.

Pronouns function exactly like nouns in a sentence: they can be subjects, objects, or complements.

Verbs are where the action is. They are versatile and somewhat troublesome, but if take them piece by piece, you’ll see that they have their own form and function.

Most importantly, verbs aren’t always verbs. In order to be a real verb, a verb must have a subject. If it doesn’t have a subject, then it’s just a verbal, which we’ll cover later.

You dare give God orders? Well, if you’ve ever said this prayer, you have. Yikes!

Adjective clauses are the vice grips of grammatical construction: they’re the most useful tool in the box. 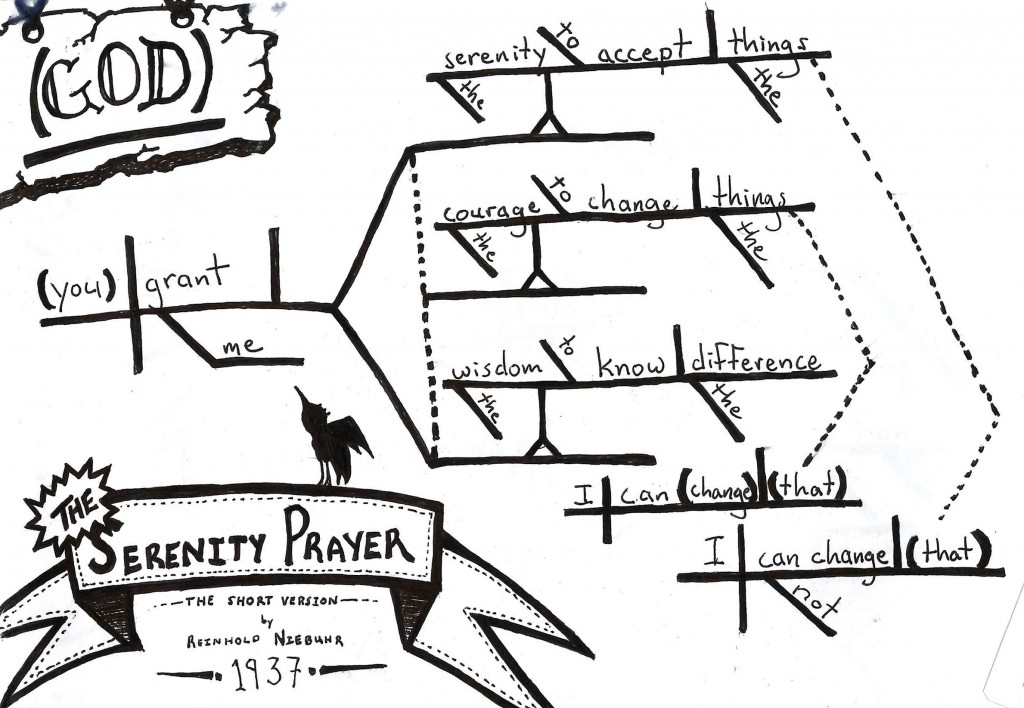