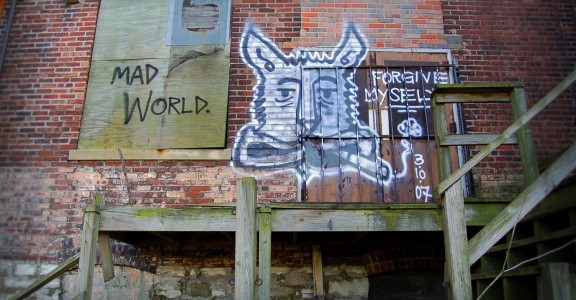 Six-year cigarettes, strange cat-faced men, and proclamations from Fred Sanford … these are the tools used by Box(x) to destroy and create. 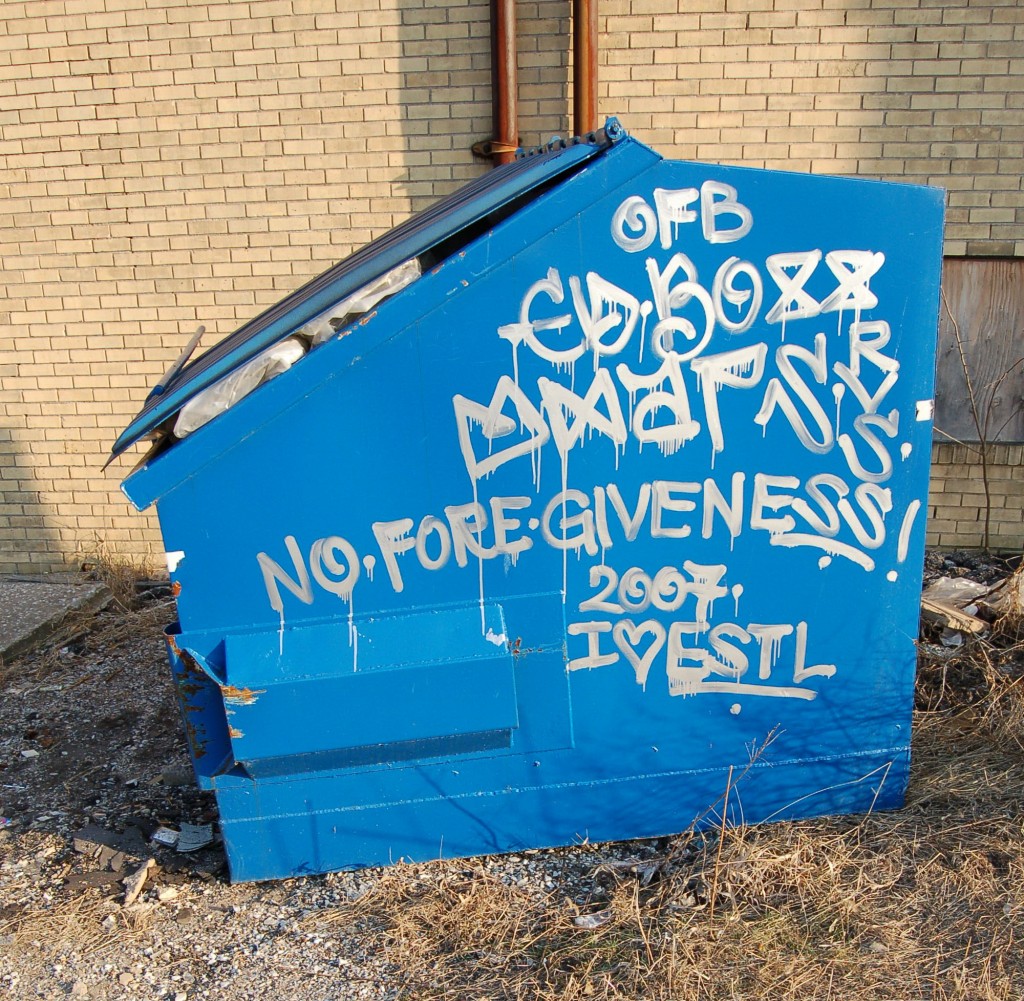 Local photographer, AkitaSan, has captured some of Box(x)’s work. AkitaSan’s pic of Box(x)’s cat-faced man (above) was taken in my old neighborhood, Old North St. Louis. Luckily, my family has not incurred any financial losses due to vandals like Ed Box(x). My experience with graffiti is that of a spectator; it’s never been a nuisance to me. 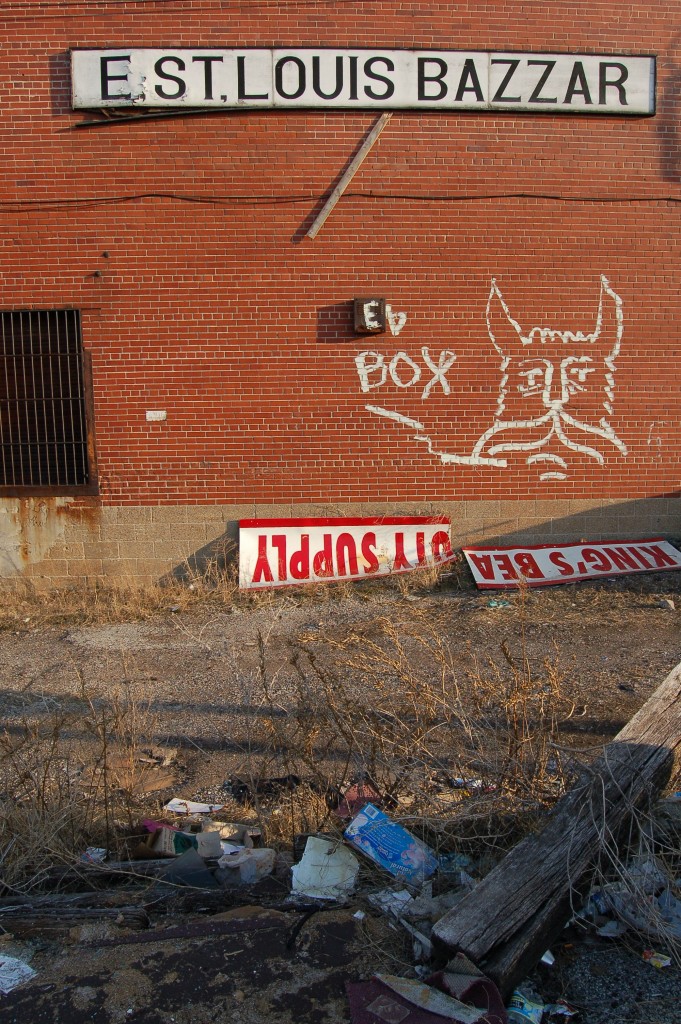 As a spectator, Box(x)’s work excites me. He goes beyond gang tags and blingy gangsta imagery to present something far more poetic. For instance, take Box(x)’s “6 Year Cigarette.” This work is little more than a two-dimensional cigarette about 20 or 30 feet long and about four feet tall. That’s it. Just the cig and the title “6 Year Cigarette.” It leaves you guessing,

Is it a statement? Or is it just an idea he fleshed out on an East Saint Louis wall? What if we consider that he painted it completely white? Does that mean something?

To a casual observer like me, Ed Box(x)’s graffiti works on a number of levels. It embodies both destruction and creation; it’s surreal, yet painted on a very real surface – a house, wall, or bridge. The depth of contradictions in his work, both metaphoric and literal, elevate Box(x)’s graffiti to heights that his vandal-peers never achieve. That being said, I should also state that I’ll break his neck if I catch him painting anything in my community.